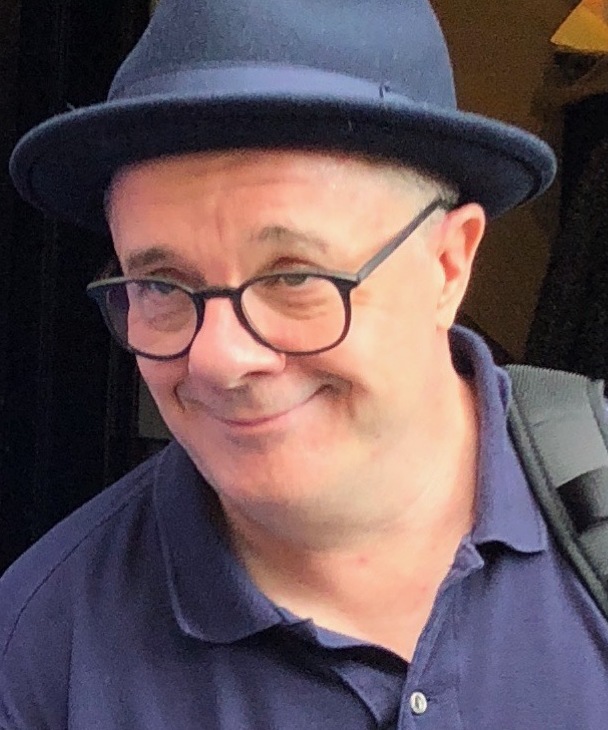 Nathan Lane (born Joseph Lane; February 3, 1956) is an American actor and writer. In a career spanning over 40 years he has been seen on stage and screen in many roles including Albert in The Birdcage, Max Bialystock in the musical The Producers, Ernie Smuntz in Mouse Hunt, Nathan Detroit in Guys and Dolls, Pseudolus in A Funny Thing Happened on the Way to the Forum and in many plays by Terrence McNally, including The Lisbon Traviata, Lips Together, Teeth Apart, and Love! Valour! Compassion!. His voice work includes The Lion King as Timon and Stuart Little as Snowbell. He has played recurring roles on television in Modern Family as Pepper Saltzman, The Good Wife as Clarke Hayden, The People v. O. J. Simpson: American Crime Story as F. Lee Bailey, Only Murders in the Building as Teddy Dimas, and was a regular on Penny Dreadful: City of Angels as Detective Lewis Michener.

Lane has received six Tony Award nominations and won three for his performances in A Funny Thing Happened on the Way to the Forum (1996), The Producers (2001) and Angels in America (2018). Lane has also won six Drama Desk Awards, six Outer Critics Circle awards, two Obies, the Lucille Lortel Award and the Olivier Award. He has also received two Golden Globe nominations, six Primetime Emmy nominations, a Screen Actors Guild Award, two Daytime Emmy Awards, and a People’s Choice Award. In 2006, Lane received a star on the Hollywood Walk of Fame, and in 2010, he was inducted into the American Theater Hall of Fame.[1][2] In 2010, The New York Times described Lane as “the greatest stage entertainer of the decade”.[3]

Nathan Lane was born Joseph Lane in Jersey City, New Jersey, on February 3, 1956.[4] His father, Daniel, was a truck driver and an aspiring tenor who died in 1967 from alcoholism when Lane was eleven. His mother, Nora, was a housewife and secretary who suffered from bipolar disorder and died in 2000.[5][6][7] He has two older brothers, Daniel Jr. and Robert.[8] Lane’s parents were Catholics of Irish descent.[9] He was named after his uncle, a Jesuit priest.[10] Lane attended Catholic schools in Jersey City, including Jesuit-run St. Peter’s Preparatory School, where he was voted Best Actor in 1974, and years later received the 2011 Prep Hall of Fame Professional Achievement Award.[11]

Accepted to Saint Joseph’s University in Philadelphia on a drama scholarship, he was accompanied on what was supposed to be his first day there by his older brother Dan. Discovering that the scholarship would not cover enough of his expenses, he decided to leave, and work for a year to earn some money. His brother said, “I remember him saying to me, ‘College is for people who don’t know what they want to do.'” [8] Because there already was a Joseph Lane registered with Actors’ Equity, he changed his name to Nathan after the character Nathan Detroit from the musical Guys and Dolls.[12] He moved to New York City where, after a long struggle, his career began to take off, first with some brief success in the world of stand-up comedy with partner Patrick Stack,[13][14] and later with Off-Broadway productions at Second Stage Theatre, the Roundabout Theatre, and the Manhattan Theatre Club.[citation needed] He made his Broadway debut in a 1982 revival of Noël Coward‘s Present Laughter as Roland Maule (Drama Desk nomination) with George C. Scott, Kate Burton, Dana Ivey, Bette Henritze, Elizabeth Hubbard, Jim Piddock, and Christine Lahti.[15]

His second Broadway appearance was in the 1983 musical Merlin, starring Chita Rivera and magician Doug Henning. This was followed by Wind in the Willows as Mr. Toad, Some Americans Abroad at Lincoln Center, and the national tour of Neil Simon’s Broadway Bound.[16]

Off-Broadway productions included Love (the musical version of Murray Schisgal‘s Luv),[17]Measure for Measure directed by Joseph Papp in Central Park, for which he received the St. Clair Bayfield Award,[18]The Common Pursuit, The Film Society, In a Pig’s Valise, She Stoops to Conquer,[19]The Merry Wives of Windsor and A Midsummer Night’s Dream. He also appeared at the Williamstown Theatre Festival in The School for Scandal and John Guare’s Moon Over Miami.[20]