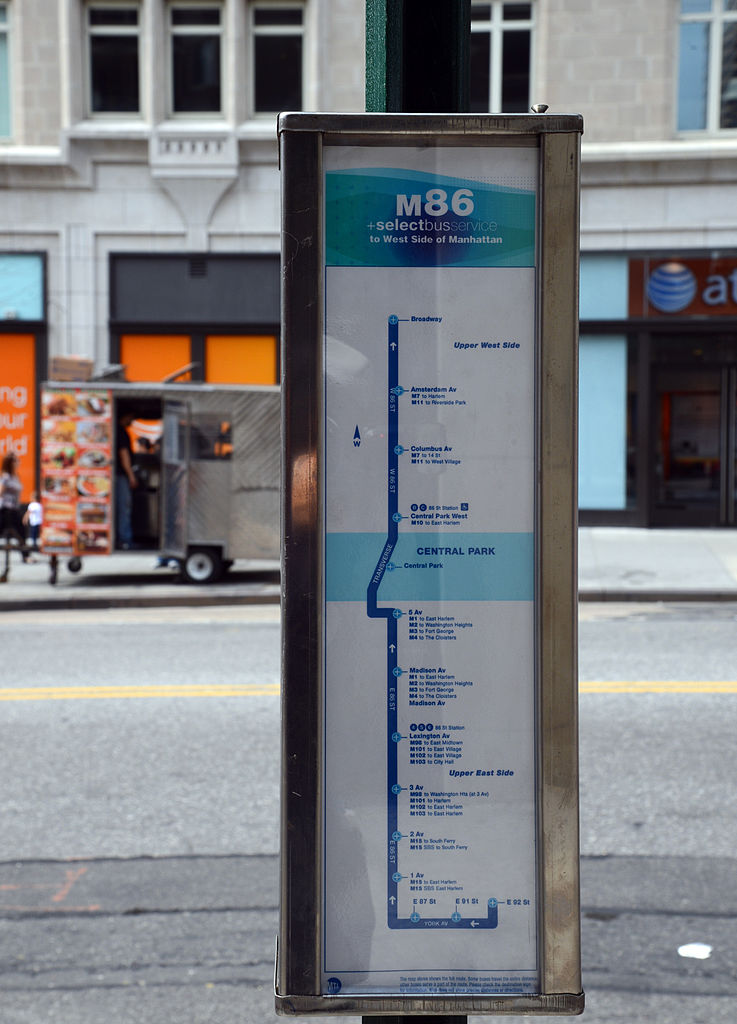 Guide-A-Ride is the bus stop information display for MTA Regional Bus Operations of New York City. It is a rectangular box attached to the bus stop pole that displays a route map and a schedule. Originally designed for MTA New York City Transit operations, it is also used for routes of the MTA Bus Company that were formerly privately operated.[1]

The Guide-A-Ride canister is vandal-resistant[2] and was designed for easy updating of the information displayed; though as a partly analog tool still requiring visits to the site – requiring some planning during the massive system-wide service reductions the MTA was forced to implement at the end of December 2009.[3]

1⁄2 inches) with pictographic depictions of bus routes.[4][5][6][7] Sometimes installed in the place of conventional bus stops, these signs were often considered confusing, as they attempted to consolidate multiple route maps onto a single sign and sometimes omitted routes.[8]

The prototype for Guide-A-Ride was developed in 1977,[9] the key novelty in the display of times to the minute the bus was due at the individual stop.[10] The first sign was installed along the Q44A (now Q46) route in Queens.[11]

Although skeptics doubted the ability of buses on New York City’s densely packed streets to show up anything like the times posted, on-time performance proved to be reliable.[2] Regardless, customers were able to confirm whether they were at the right place at the right time.[10] The actual displays began appearing at bus stops a few years later.[2] The TA did not have a good reputation at the time, but Guide-A-Ride came to be viewed as one positive thing.[12]